MENASASI Middle East and North Africa Society of Air Safety Investigators
Welcome, Guest. Please register an account with us for information sharing, news update, seminars papers and more. Just send an email message to webmaster@menasasi.org or click the link below

Captain TERRANCE BUCKLAND FRAeS, Chair of the RAeS Flight Operations Group (FOG), is pleased to announce publication of the Second Edition of its Specialist Paper titled ‘Emergency Evacuation of Commercial Passenger Aeroplanes’, the First Edition having been published in April 2018.

Many accidents have identified the need for improvements in airworthiness and operational requirements resulting in changes to aeroplane manufacturing and maintenance procedures, as well as operator crew procedures and training. 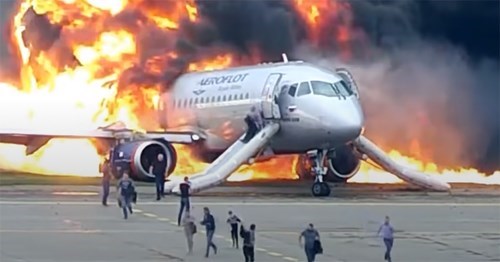 Dramatic video emerged earlier this year of the evacuation of an Aeroflot Superjet 100 crash Moscow in May 2019. (Russian Investigative Committee)

While transportation by air is conducted at very high safety levels, accidents and incidents involving evacuation still occur. In the first few weeks of 2020, the accidents involving a McDonnell Douglas MD83 at Mahshahr in Iran, a Boeing 737 at Istanbul in Turkey and a Boeing 737 at Usinsk in Russia, are stark reminders of the importance of occupant survivability and emergency evacuation.

Some accidents that happened several years ago are featured in this document, as well as many that are more recent, and reflect some of the negatives as well as the many positives. The main import of this paper is to suggest areas where occupant safety and survivability might be enhanced in emergency evacuations. The aviation industry must never stop learning from what has gone before.

While not a new development, the ever-increasing amount of cabin baggage carried in passenger cabins can pose challenges to aeroplane crew and passengers in both evacuations and in normal operations. The significant increase in the size of overhead bins in some aeroplanes and additional costs imposed by some operators on passengers who choose to commit their baggage to aircraft holds might be seen as negative factors. 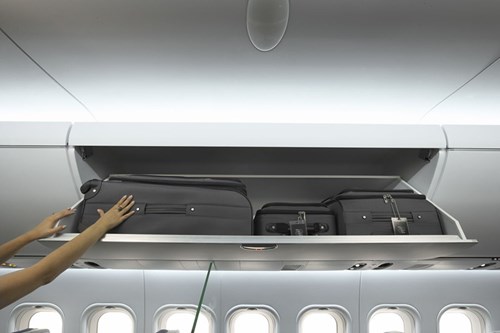 Should overhead luggage bins be locked to discourage passengers taking hand luggage with them? (Irkut)

Recent emergency evacuations have highlighted the potential risks associated with passengers taking cabin baggage with them. The First Edition of this paper stated “Perhaps it is only a matter of time before an evacuation occurs when the issue of cabin baggage becomes a survival factor.” Such accidents have prompted a discussion on having overhead bins that could be locked for taxi, take-off and landing.

The increasing number of disruptive passenger incidents is a concern especially if passengers under the influence of alcohol or drugs are unable to understand or refuse to comply with crew instructions in an emergency. A diversion because of such passenger behaviour causes significant logistical problems for operators, passengers and crew, as well as significant costs to operators.

This Second Edition of the paper considers the potential benefits of external and internal cameras which might assist flight crew decision making in emergency situations.

The paper also questions the reality and effectiveness of current airworthiness requirements for the testing of emergency evacuation procedures and considers if computer-based mathematical modelling might be a suitable alternative. 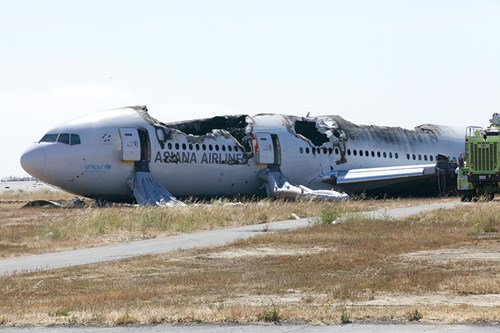 Since the First Edition of this paper, regulatory actions have focused on several issues that might affect cabin safety and evacuation. In 2019 the US Congress required a review of the Federal Aviation Administration (FAA) aeroplane certification processes and established an independent committee formed within the structure of the Safety Oversight and Certification Advisory Group. Issues to be reviewed included passenger seated space. The FAA, under pressure from US Congress, decided to conduct testing to address the issues of passenger seated space in an emergency evacuation. The results of such testing, together with any new requirement for passenger seated space are not expected until the summer of 2020.

The European Union Aviation Safety Agency has identified emergency evacuation as a safety issue requiring immediate mitigation and actions are expected to be included in its European Plan for Aviation Safety 2020-2025.

This paper refers to several safety studies. In 2018 the International Civil Aviation Organization published a manual which reflects many of the issues addressed in this paper. Of particular importance is the information relating to passenger safety briefing material.

The intention of this paper is to provide national aviation authorities, aeroplane manufacturers, operators and air accident investigation agencies with a wide range of information on evacuation issues.

The authors of this paper are grateful for the comments and suggestions received from many interested parties, as well as the support and input from members of the FOG.