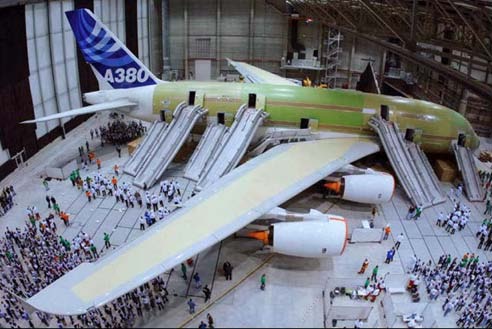 Why do people on an aircraft act in often apparently irrational ways? Can it be explained that a passenger would walk away from an open exit into a smoke filled cabin? Why do some passengers grab their bags before they make their way to the emergency exit while the aircraft is on fire and smoke and fumes are filling the cabin? How is it still possible that passengers are not wearing seat belts during landing and are the only ones to die in the accident? Why are the majority of passengers not listening to safety announcements and why do they not read safety cards? Are passengers sufficiently situationally aware to know where their three closest emergency exits are after a 13 hour flight? Would any passenger in their right mind re-enter an aircraft after a successful evacuation?

First of all let us be optimistic and examine the statistics. There has not been much recent research into aircraft accident survivability rates, but in 2000 the NTSB examined all US accidents that had occurred over the years since 1983. For this study, an accident was classified as an event where the aircraft was seriously damaged, or a passenger was seriously or fatally injured.
The study found that in those 18 years there had been:

These numbers put the chances of an airline passengers’ involvement in an accident into perspective. But what about passenger survivability once involved in an accident?

For this purpose, the NTSB looked at technically survivable accidents, where at least one person survived. Only 20 accidents, involving 2,143 occupants, were considered in the timeframe, of which:

According to the NTSB study, this results in one technically survivable accident in every 7,432,208 flights, with a 71.1% survival chance of each occupant.
So, good news for passengers, particularly considering that most recent numbers show that the global aviation industry has succeeded in reducing the fatal accident rate since 1997 by around 80%.

Survivability during an evacuation

What do we know about the survivability aspects of aircraft accident evacuations and how did the industry learn lessons in this area? One significant accident that contained lessons for the aviation industry and led to changes occurred in 1985 at Manchester Airport in the United Kingdom. During take-off, at a speed of approximately125 knots, the left engine of a B737 suffered an uncontained failure which caused a fuel leak.. The leaking fuel ignited and burned directly behind the left engine. The take-off was abandoned and the aircraft exited the runway on the right hand side onto a taxiway, which resulted in the wind directing the fire towards the aft fuselage. The airport fire service attended the accident site promptly, but within 5 and a half minutes after the aircraft came to a stop, of the 137 passenger and crew onboard, 55 persons had lost their lives.

“The major cause of the fatalities was rapid incapacitation due to the inhalation of the dense toxic/irritant smoke atmosphere within the cabin, aggravated by evacuation delays caused by a forward right door malfunction and restricted access to the exits.” [AAIB Report 8/88]

A number of recommendations were proposed, including changes to crew procedures, the cabin layout, cabin material certification and regulatory requirement for evacuation certification.

As a result of the accident, extensive industry studies into crowd behavior and behavioral aspects of emergency evacuations were undertaken. It became clear that for the occupants involved in an evacuation, one aspect is most critical; Time.

A review of accident reports has shown that as much as a minute can pass before the flight or cabin crew initiates the evacuation. In this time, the purser may have checked on the condition of the pilots, who are trying to make sense of what just happened, evaluate the aircraft status and any fire, and complete the evacuation checklist. This scenario considers that the evacuation checklist is found quickly, the pilots are uninjured and are capable of initiating the evacuation. One finding of interest from the B777 accident at London Heathrow in 2008;

Single family members separated from the group during the evacuation can create another evacuation blockage. The recent accident investigation referred to at the beginning of this article has shown that it fell to a cabin crewmember to convince a family to evacuate without their seven-year old daughter, who was subsequently found to have evacuated the aircraft safely.

Retrieved carry-on baggage will inevitably reach the emergency exits and cabin crewmembers are then faced with the decision to either attempt to remove the baggage from the passengers and possibly create a blockade of baggage near the exit, or let passengers evacuate with their baggage and risk injuries, or damage to the escape slide. Both options with potentially bad outcomes are likely to create evacuation delays.

“After commencement of the evacuation, it became difficult for the cabin crew to prevent passengers from evacuating without their personal belongings. The re-direction of passengers from blocked exits, combined with the bags that had been dropped in the aisles at the usable exits, led to increased congestion and pressure on the cabin crew. The movement of passengers onto the slides took priority over the requirement for passengers to remove sharp objects and leave their bags and belongings on the aircraft.” [ATSB BO/200302980]

“Research has shown that, during evacuations, the safety of passengers and crew continues to be jeopardized by passengers (approximately 50 per cent) who retrieve their carry-on baggage before evacuating.” [TSB Canada Report A05H0002]

The Flight Safety Foundation published a Cabin Crew Safety Circular in 2004 titled “Attempts to Retrieve Carry-on Baggage Increase Risks During Evacuation” and found that passengers may not perceive a life-threatening situation when they don’t encounter smoke, fire or significant damage to the airplane. The study identified that “carry-on baggage brought to exits can set the stage for cascading problems.” Retrieved and left-behind baggage reduce the flow and access to the exits, pile up in galleys and empty seats, and can block un-opened emergency exits which may become vital later in the evacuation. A shift of the aircraft attitude due to a collapsed landing gear or other factors also have the potential to shift this pile of baggage into the aisle, blocking further evacuation attempts.

The circular identified that forcefully removing baggage from passengers at the exits can jeopardize the cabin crewmembers’ safe position and may result in a fall or a push out of the aircraft, causing potential injury and, importantly, leaving that exit unattended. Judging the correctness of cabin crew’s decisions to remove baggage from passengers is a difficult or impossible task as stated in the circular, which concludes that cabin crew facing less-than-ideal options may be reduced to decide what will do the most good (or the least bad) at that time.

The National Transportation Safety Board published a 2001 safety study titled ‘Emergency Evacuation on Commercial Airplanes’ which examined safety issues including certification issues related to aircraft evacuations, the effectiveness of evacuation equipment, the adequacy of guidance and procedures related to evacuations and communication issues related to evacuations. Passengers with carry-on baggage were identified as the main obstruction to an evacuation, with nearly 50% of passengers attempting to take their carry-on baggage during the evacuation. The study found that emergency training did not provide cabin crew with enough strategies to deal with passengers who do not follow instructions and retrieve their baggage.

The NTSB concluded that “passengers attempting to evacuate the aircraft with carry-on baggage pose a serious risk to a successful evacuation and increase the potential for serious injuries or loss of life”.

Is there a typical passenger behavior during an evacuation?

“Some of the passengers took personal items of luggage with them before exiting via the escape slides. One passenger, who had already evacuated the aircraft, climbed up the Door 4L escape slide to re-enter the cabin, and retrieve his personal belongings, and then exited the aircraft once more.” [AAIB Report 1/2010]

Passenger statements and observations from a recent evacuation

A recent accident investigation by the Air Accident Investigation Sector, utilized a passenger and cabin crew survey to better understand the evacuation flow and evacuation challenges.

It was found that the main delay in this evacuation was created by the failure of many of the aircraft emergency slides to provide a safe evacuation path, followed by passengers retrieving and then evacuating with carry-on baggage.

When smoke developed in the center of the cabin, it separated the occupants into two groups, one group in the forward cabin and the other in the aft cabin. This hindered the awareness of available exits and the flow of information between the cabin crewmembers. The smoke also separated some family groups when it became an impenetrable barrier. The prevailing environmental conditions resulted in wind affecting the escape slides on the safe side of the aircraft. The wind conditions also resulted in changes in slide availabilities throughout the evacuation.

The documented passenger flow identified persons attempting to evacuate from two or three different doors before they found a safe exit. A passenger seated in business class made her way towards the forward exit but, due to smoke outside, had to move towards the aft of the aircraft. She passed four closer but blocked exits, and eventually evacuated the aircraft using an aft exit on the side of the fire, exiting between fire trucks. A passenger from the left hand side of the economy class cabin identified a blockage at the aft exits and walked past five exits to evacuate from the right hand side of the business class cabin.

The results of the survey showed that, against all training, cabin crew had to evacuate 69% of the passengers towards the smoke-filled side, where fire-fighting activities were underway. 86% of all occupants evacuated from three of the ten aircraft emergency exits because the other seven exits were not available for periods of time, or throughout the entire evacuation.
From 54 passenger surveys received, representing 139 passengers, 48% answered “yes” to the question as to whether they took any belongings with them. The items brought by passengers during the evacuation varied from passports and wallets to one or more items of carry-on baggage. A review of videos and photos from the evacuation confirmed these numbers and showed many passengers with multiple pieces of carry-on baggage walking to the assembly point.

The investigation also looked at the distribution of the combined experience level of the cabin crewmembers. It revealed that 95% of the passengers, seated in economy, were attended by 8 out of 15 cabin crewmembers with 17% of the over-all aircraft cabin crew experience. The 1985 Manchester Airport accident investigation report included the following safety recommendation:

”Safety recommendation 4.13. Operators should adopt a policy of distributing the most experienced cabin crew throughout the passenger cabin.” [AAIB Report 8/88]

So, are safety cards and safety briefings too long, boring, confusing or irrelevant?

“Immediately after the impact, passenger 41D (seated in 41B) noticed that the seats where her fatally injured friends had been sitting (41D and 41E) were empty. All three students believed that their friends, passengers 41B and 41E, were ejected from the airplane during the impact.” [NTSB/AAR-14/01]

Since the latest relevant passenger studies are from the 1990’s and early 2000’s, it appears that the industry has been distracted from further studying passenger evacuation behavior. Comprehensive survivability investigations, such as that conducted during the Asiana accident investigation are unfortunately rare.

Many things are out of the operator’s hands and must be addressed on an industry level. Here are some suggestions to consider: